Beyond Signs: How Exploratory Wayfinding encourages exploration in your city

Anyone who has ever set out to go from one place to another knows how essential it is to have directions. Whether we get them from an app like Wayz, a paper map or follow wayfinding signs, most of us need some kind of guidance to get to where we’re going.

For cities, investing in wayfinding signage (especially for downtowns or heavily-visited destinations) is essential for ensuring residents and visitors develop a positive perception of the city. Few things can hurt a city’s reputation more than being perceived as difficult or confusing to navigate..

We’ve found that cities eager to solve this problem often rely solely on traditional wayfinding methods like maps and signs with arrows. This is definitely a step in the right direction, but too often, it focuses only on helping people get to the destinations they’ve already chosen. What cities might also consider is Exploratory Wayfinding: a placemaking-based approach to guidance that focuses less on helping people get to predetermined destinations and more on empowering them to discover something new.

What is Exploratory Wayfinding?

Exploratory Wayfinding is an approach to navigation that relies on placemaking tools to guide people around a neighborhood or city. This might look like colorful flags, street lights, textured stones in the sidewalk or streets painted in bright colors. No matter the exact features, the goal is to invite people to different neighborhoods and streets in a way that makes them feel comfortable and encourages them to explore. Exploratory Wayfinding at its best will feel like a natural part of the environment and subconsciously guide users through the city. 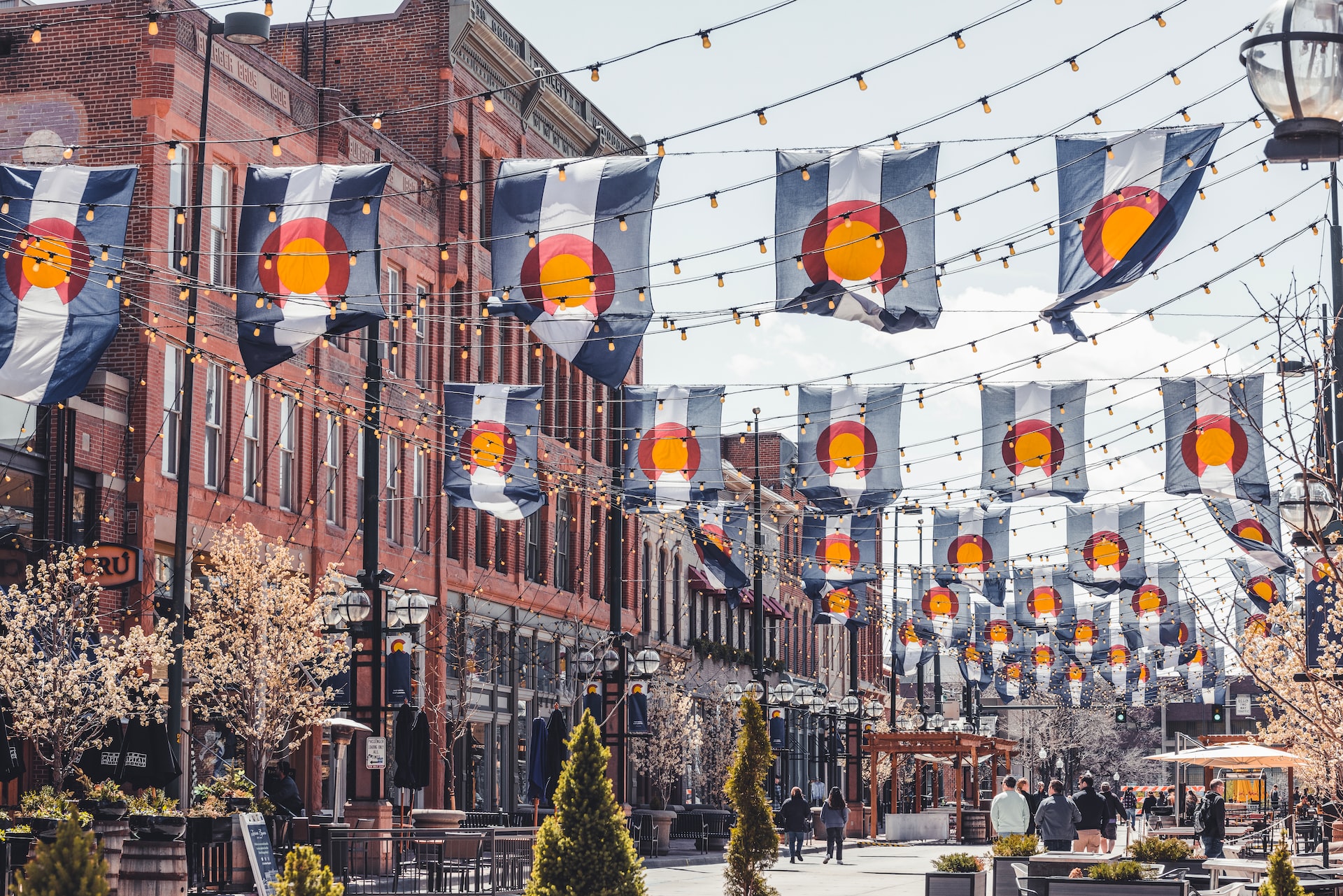 The colorful lights, flags, and cafe umbrellas in Larimer Square in Downtown Denver can be seen from blocks away. They don’t need a wayfinding sign that says, “shops two blocks away”. People can see it and they sense there is something there to go explore. Additionally, because it’s attractive people take photos of it and share it on social media which attracts even more people to the area.

How is this different from traditional wayfinding?

Compared to traditional wayfinding, Exploratory Wayfinding focuses less on providing information about specific destinations and more on creating visual invitations for people to explore on their own. Sometimes it can be big and bold like the Larimer Square example above. Other times it can be very subtle such as a pavestone design or colorful planters along the way that naturally guides you and makes you feel like you’re on the right path.

Three benefits of using exploratory wayfinding in your city:

1. It makes it easier for people to embrace spontaneous exploration

When it comes to navigating the built environment, humans have a wide variety of needs. On the more practical end of the spectrum, we want to arrive at our intended destination as quickly, comfortably and efficiently as possible. This is where traditional wayfinding, with its emphasis on logistical information, arrows, distances and maps is extremely helpful.

But on the other end of the spectrum, humans also want to explore and wander; Sometimes, we just want to “be in the city” without having an exact destination in mind so we can discover something new. This is where exploratory wayfinding can help. It allows cities to leverage creative placemaking to invite people to explore, focusing less on helping them arrive at a specific destination and more on making them feel safe as they wander around.

One of the biggest pressures city leaders face is the demand for easy, free parking in their downtowns or historic neighborhoods. This is understandable given that most Americans live in car-centric environments where they are used to driving straight to their destinations and parking directly in front of them. For more dense areas though, trying to meet this kind of parking demand is basically impossible, leaving leaders to face residents and visitors who are frustrated by the perceived lack of parking super close to their desired end points.

Exploratory wayfinding can ease this frustration by drawing visitors to other parts of the city, thereby introducing them to other destinations and businesses they might find attractive, and consequently, expanding their perception of “good places to park.”

Waco’s City Council initially asked us to provide more parking signage within the extremely popular Silo District. They knew that abundant parking existed downtown, but not all of it was directly in front of Magnolia, so there was a common misperception of insufficient parking. Instead of focusing just on parking (we did help with signs), we also encouraged the city to install a brightly colored pedestrian walkway that would lead tourists away from the Silo District and on to Austin Avenue, a historic street lined with several cute shops.

The goal was to help expand tourists’ perception of the city’s attractive destinations, which, in turn, would make it easier for them to be flexible about where to park. After we installed the colorful walking corridor, we interviewed local business owners on Austin Avenue who reported an increase in foot traffic.

In photo below from our Downtown Waco Placemaking Case Study you can see how we used both. There is traditional wayfinding telling visitors which way the Silos are, but there is also a bright colorful walkway naturally leading them both to The Silos as well as to Austin Avennue another area of the city they may not of been aware of before.

If you’ve ever visited an old city – say Rome, Paris or Charleston, S.C. – and found yourself walking aimlessly down narrow, winding streets peeking around every corner to see what small shops you might discover, then you’ve experienced the genius of Exploratory Wayfinding in real life. Instead of relying only on signs and maps, the design of the city streets themselves invited you to keep exploring, without really explaining anything about directions, distances or destinations.

This is the magic of Exploratory Wayfinding. It’s an approach to the built environment that relies less on signs (which can quickly clutter up the visual appearance of a city) and more on good design to inspire curiosity and exploration.

Conclusion: A complement to traditional signage

While they are on opposite ends of the spectrum, Cities don’t necessarily have to choose between traditional or exploratory wayfinding. The two can be combined, meeting both the human need for straightforward, logistical information and our need to explore.

For example, while the traditional signage can help people get to permanent, historic and/or high-demand destinations, exploratory wayfinding can be there to guide people around the city when they’re tired of making decisions about where to go and simply want to wander.